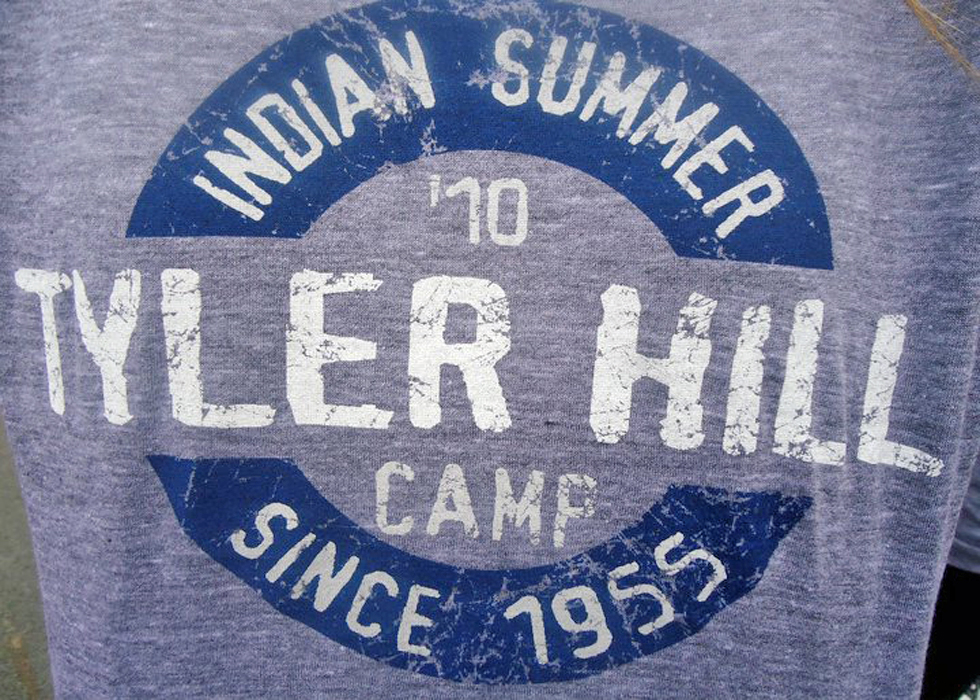 The forecast called for a weekend of sunshine and warm temperatures – just right for our 2010 Indian Summer Weekend! Seventy-five of our 10th and 11th graders boarded the buses to make their way up to Tyler Hill, PA with bus chaperones Robin, Chris, Adam Brenner, Sammi Brenner, Michael Davidowitz and Deanna Kennedy. Waiting at camp to greet our weekend campers with open arms (and pizza!) were Wendy and Andy, Bette, Bill and Carol Lalin, Eppy, Gareth and Cat, Lonnie and waterfront Nick. 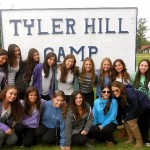 After settling into Laurel Lodge and Senior Hall, our 2010 Teens and CIT’s (that’s 2011 CIT’s and JC’s!) enjoyed an afternoon of chilling out around camp, taking pictures of changing leaves and just reuniting. The weather was perfect for an afternoon football game between staff and campers. We then broke into some informal planning meetings for 2011, during which the 2011 CIT’s gave us some incredible ideas for their program next summer. At the same time, Andy briefed next summer’s JC’s on what to expect as Tyler Hill counselors.

All were psyched when the official Indian Summer dinner barbecue was served – steak, chicken, burgers and dogs were flanked by chips, cookies and fruit. It was delicious and plentiful and we were all grateful to Eppy and his team in the kitchen. The annual “Deep Fry Off” was lots of fun too, and this year’s winner was the deep fried cinnamon bun from Dianna’s!

A night at THC wouldn’t be complete without a campfire with roasted marshmallows and s’mores. 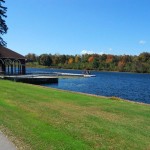 As the temperature began to drop, the night continued with games in the canteen and more hanging out. The nighttime chill inside the bunks was diminished significantly by the warmth of amazing summer friends. After a night of sleeping in the bunk, the morning was spent making plans for upcoming get-togethers and for next year at camp. Our official Indian Summer photo – complete with new Indian Summer t-shirts – was taken, and the weekend was captured by the smiles and hugs that followed… 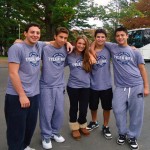 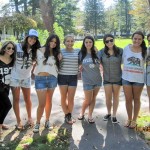 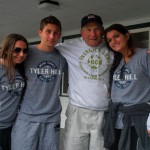